I Can’t Find the Original Will – Now What?

Locating the original will of a loved one or friend after death can be difficult – especially when there is no “lead” on where the original may have been kept. In fact, it is not uncommon to never find the original. Many times, only a copy can be located. Fortunately, Texas Estates Code Section 256.156 allows a copy (i.e. a “lost will”) to be admitted to probate if the person offering the will for probate has diligently searched for the original and cannot locate it. To assist in demonstrating a diligent search for the will was conducted, it is also helpful to request that the heirs deposit any original will (to the extent they have one) with the clerk of the court as required by Texas law. 1

The validity of the lost will must be proved as any other will would be (as provided in Texas Estates Code Section 256.153 for attested wills and Texas Estates Code Section 256.154 for holographic wills). 2 However, attempting to probate a copy of a will involves a couple of special hurdles – establishing that the original will was not revoked, as well as giving notice to the heirs of the person who made the will, the “testator.”

Normally, the person offering a will – including an original will – for probate has the burden to prove that testator never revoked the will (i.e. non-revocation). 3 Under Texas Estates Code Section 253.003, a written will may be revoked if the testator later makes a new: (1) will, (2) amendment to a will, called a “codicil,” or declaration in writing that is executed formally like a will. A testator may also revoke a written will by: (1) destroying or cancelling the will; or (2) causing the will to be destroyed or cancelled in the testator’s presence. 4

However, when a person offers a will for probate, he or she can easily establish non-revocation through an evidentiary presumption. Once it is proven that a will is otherwise valid and has been executed with the required elements, the law applies a rebuttable presumption of continuity, and, unless some evidence shows that the testator revoked the will, it is not necessary for the person offering the will to produce direct evidence that the testator did not revoke the will. 5

Revocation by destruction is the main issue to address when offering a copy of a will for probate. This is because when a will was last known to be in the testator’s possession and cannot be located after death, a rebuttable presumption of revocation arises. 6 The standard of proof necessary to rebut the presumption is a preponderance of the evidence. 7

Applicable Texas case law establishes that the presumption of revocation can be rebutted in a variety of ways:

On the other hand, there are instances where Texas courts have held the presumption of revocation has not been overcome: 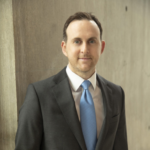 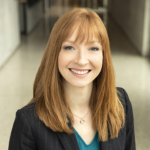 Ellen Bennett is Board-certified in Estate Planning and Probate and a shareholder with the law firm of Caldwell, Bennett, Thomas, Toraason & Camp, PLLC, in Dallas, Texas. She focuses her practice in trial and appellate courts on litigation concerning estates, trusts, and guardianships. Ellen also guides personal representatives, trustees, beneficiaries, and guardians through the administration process. Her successful experience includes will contests and interpretations, guardianship disputes, trust disputes and modifications, accounting challenges, and suing and defending on breach of fiduciary duty claims. She recognizes that each case presents complex facts, and she knows that the legal process can be confusing. Ellen enjoys working with her clients to bring clarity to the legal process and achieve the resolution her clients seek – whether through settlement or at trial.